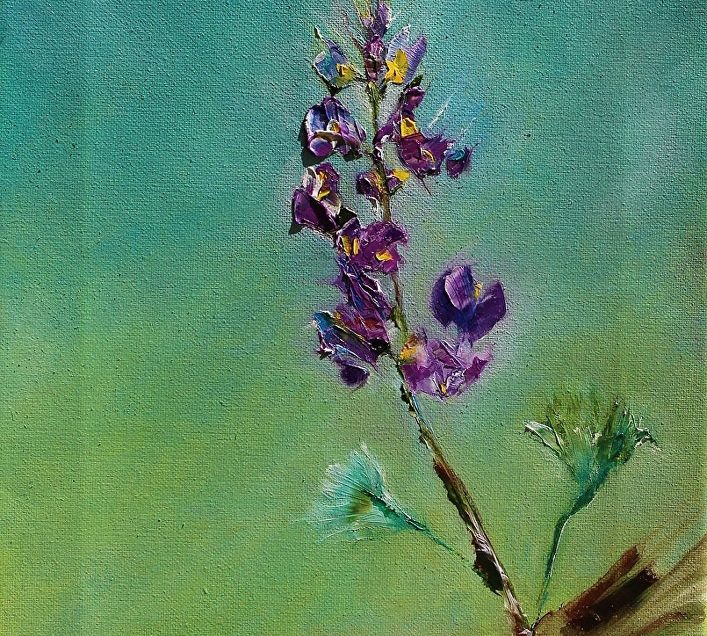 In my series of Wild Flowers of Arizona #2 of 10,Lupinus Arizonicus, The Lupin, brings me to a funny story “many moons ago” when I took my beautiful Wife to be, Sarah to one of my very good friend’s farm in Agter Paarl South Africa, the Napa Valley of South Africa (just prettier). Note that “pretty” has been a part of my life. I digress to set the scene: Tukkie, my friend, is driving Sarah around the farm to show her his historical and huge piece of land of mixed farming, cattle, sheep, grains, wine grapes, and yes a member of the Lupin family or Lupinus related to the legume and grown as a high protein feed, (known as Lucerne east of the Greenwich Line and Alfalfa in North America).

Now Sarah being caught up in the new health craze unknown to South Africans in the early 90’s was already drinking a concoction of Alfalfa smoothie/tea that most of us ran away from in disgust, being the meat-eating nation we were, and at that time not touched by international health trends. In fact, I asked a farmer I knew if he ever consumes vegetables and he said, “yes, I eat pork once a week!” People would say to me in South African Vernacular, “Boet I thinks you are’s over your head, hey. I think she may have a hard time adapting.” Well, back to the Tukkie and Sarah driving along with the “bakkie“ (pickup truck) window open – Sarah notices this field, a sea of bluish purple flowers (Lucerne-Alfalfa) and exclaims with exuberance “Oh look Tukkie! That’s so beautiful, what is that growing there?” Tukkie dutifully explains that that is fodder or Alfalfa. Sarah in her excitement says “stop the Bakkie” and runs into the field. By this time Tukkie is scratching his head in confusion and cannot understand what the fuss is.

All this time I am quietly sitting in the back with more knowledge than he of this American Phenom. Sarah shouts “I eat this – I drink this in tea and power shakes.” Folks, this is 1992 South Africa. Dryly Tukkie shrugs his shoulders, chuckles and with a typical rolling of the “r” (known as a brei) he calmly says “Sarrrah, I will drop you off tomorrow morning and pick you up in the evening and you can grrraze all day long.” He looked at me and shook his head. Little did he know how right he was. Tukkie is no longer with us but remains a legend amongst the best Farmers in South Africa and I have a lot to thank Alfalfa for as Tukkie was the one to hand me the ring on the day I got Married to Sarah.